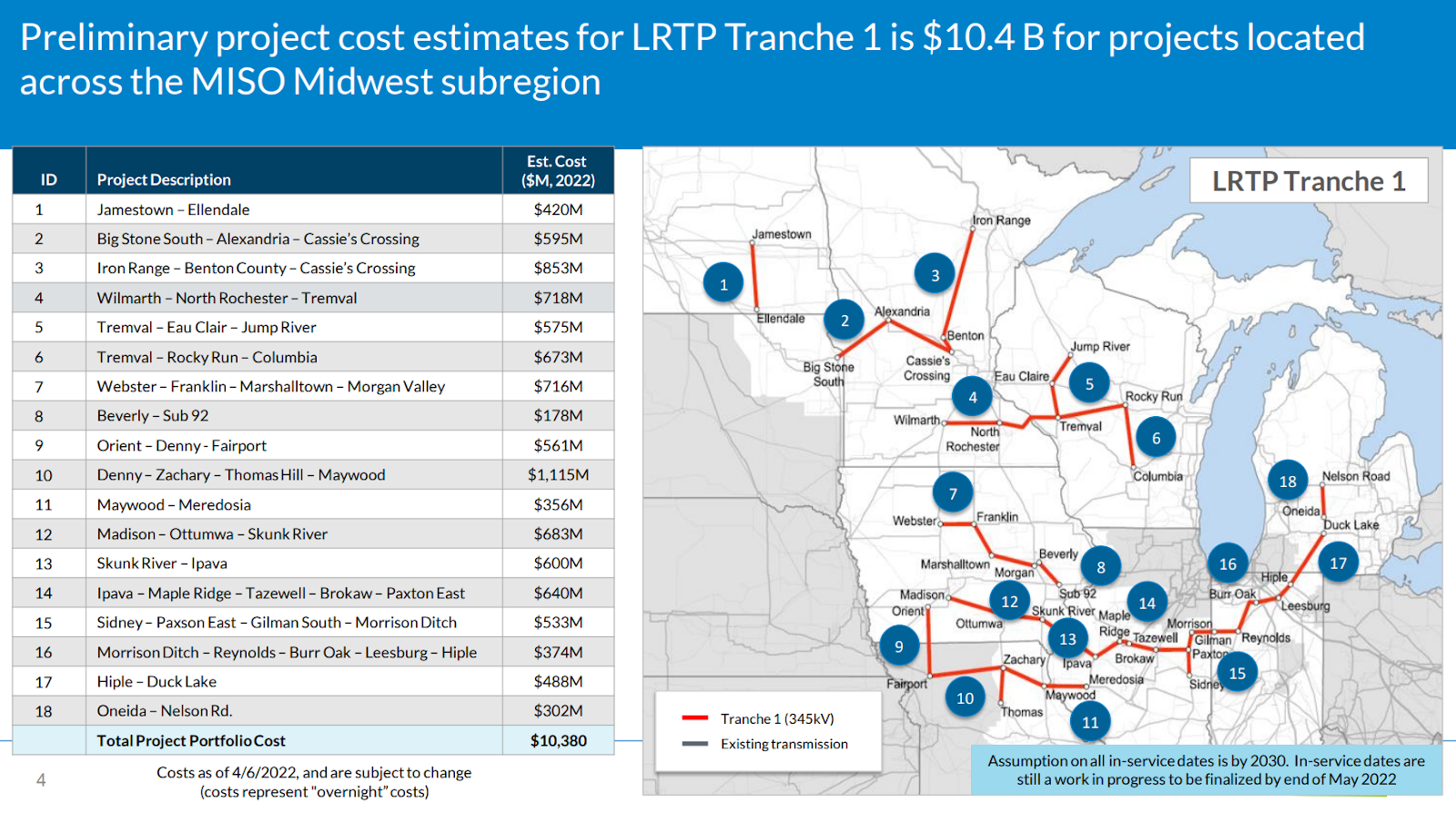 It is often talked about how renewable energy, chiefly wind and solar, has increasingly become one of the cheapest forms of electricity generation, meaning there is not a tradeoff between clean energy and affordable energy. That is overall true, which is why CUB tends to push Michigan utilities toward a greater use of renewables.

But in practice, accessing clean and affordable power is much more complicated than just building more wind and solar. Renewable energy needs to be connected with transmission lines from where it is generated to where people use electricity. In particular, the renewable energy that has the best output relative to costs, like wind in the Great Plains, tends to be concentrated in rural areas far from population centers.

Connecting the country with a more elaborate web of transmission lines could unlock enough renewable energy to meet most of our electricity needs at a cost many billions of dollars lower than if we attempted to provide carbon-free electricity with the grid we have, studies have found. More transmission is also critical to switching to clean energy while preserving reliability because being able to draw upon energy over a wider geographic area compensates for the intermittency of wind and solar energy (for example, during the Texas blackouts in February 2021, the state was unable to draw electricity generated by plentiful wind and solar in nearby states because the Texas grid is primarily isolated from the rest of the country.)

So all of that is why Michigan energy consumers should cheer the results of an initiative, one in which CUB has been involved as a stakeholder group, to massively expand regional transmission. A buildout of nearly 20 major transmission lines around the central U.S. is set to be approved by the Midcontinent Independent System Operator (MISO), the grid operator for most of the middle of the country (including Michigan). The first tranche to come out of an effort known as Long-Range Transmission Planning (LRTP), a new approach for MISO, is a set of lines totaling $10.4 billion in investment.

Most people don’t have a concept of what MISO is, or why it is so important, so this news is easy to overlook. But it represents a big step forward past the tangled web of different interests among utilities, landowners, state governments and other players that have traditionally blocked regional transmission planning. Last year, several Midwestern governors (including Michigan’s) called on MISO to work with the states on new approaches that will overcome these barriers so more transmission can develop.

CUB participated in a series of meetings discussing this ambitious project as one of several stakeholders representing the Public Consumer Advocate Sector. There appears to be large savings for consumers on the table. These savings are a product of the cheaper energy made possible by transmission lines. For example, a new wind farm or solar project is now able to connect to customers thanks to the new transmission infrastructure, and that project on the whole lowers the price of electricity by increasing the supply of affordable power on the grid. If those savings are greater than the cost of building the lines, then consumers come out ahead.

Most of the Lower Peninsula of Michigan is in MISO’s Zone 7. For Zone 7 specifically, MISO estimates the benefits to be about two to three times the costs.

Tranche 1 is scheduled for final approval from the MISO Board of Directors on July 25.