Upper Peninsula Energy Issues Are In a State of Flux, and the Future of the U.P.’s Utility Customers Is At Stake 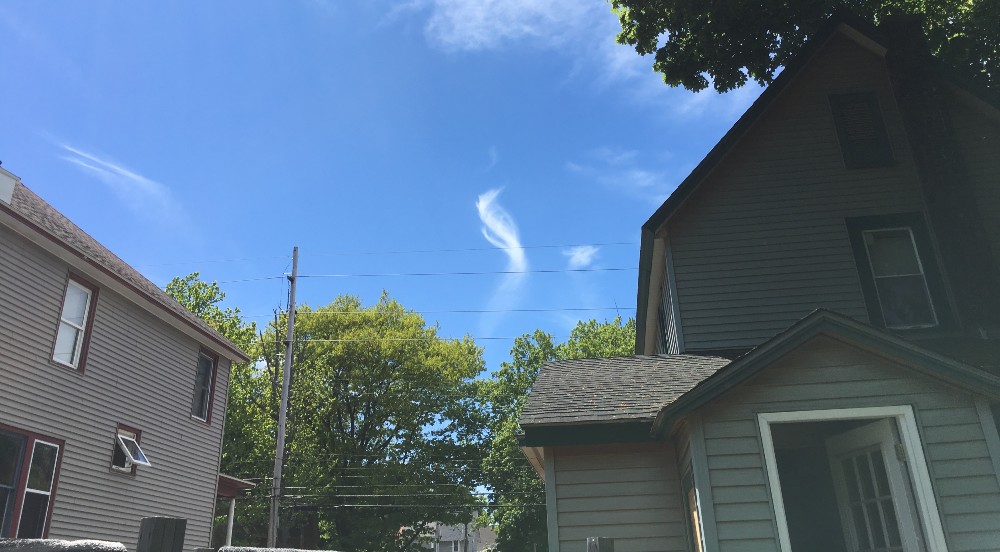 The fate of utility customers in Michigan’s Upper Peninsula is approaching a crossroads. Enbridge’s Line 5 pipeline, which supplies a significant amount of U.P. customers’ liquid propane for heating, is facing possible shutdown as the result of a dispute over the viability of the line. Meanwhile, solar power has been taking off in the U.P. at an impressive rate. Battery storage is on its way could be a big cost-saver, particularly for customers of UPPCO, the peninsula’s largest investor-owned utility, who pay some of the highest electricity rates in the nation.

Against that backdrop, Gov. Whitmer recently announced the formation of a task force that will investigate solutions to the peninsula’s heavy reliance on propane, high electricity costs and other energy issues. Marquette City Commissioner and CUB of Michigan board member Jenn Hill is one of the 19 appointees who will serve on this task force.

Just a week after Whitmer signed the executive order for the task force and the same day the appointees were announced, the Citizens Utility Board of Michigan was present at the U.P. Energy Summit held at Northern Michigan University in Marquette on June 14. The discussions there between representatives of Enbridge and UPPCO, the commissioners of the Michigan Public Service Commission (MPSC) and other stakeholders captured the importance of this current moment for the future of U.P. ratepayers.

Heating is probably the most immediately pressing issue the task force will need to tackle. With winter low temperatures sometimes hitting the -40’s Fahrenheit, U.P. customers use lots of propane in the winter, making them vulnerable to price spikes during fuel supply disruptions or times of high demand like a polar vortex.

Without proper planning, the shutdown of the Line 5 pipeline would be another fuel supply disruption, and given the fact that the summit was sponsored in part by Enbridge and UPPCO, it was no surprise that some speakers posed the situation for U.P. residents as a choice between the pipeline staying open, on one hand, and utility bills increasing even higher, on the other. Enbridge is one of UPPCO’s biggest customers. “If Line 5 were to go away, all of the fixed costs that were going to be covered by revenue will have to be covered by someone,” UPPCO VP of Business Development and Communications Brett French said in his presentation at the summit.

But this crossroads has several paths to choose from. If propane can be replaced to some extent by other heating sources, U.P. ratepayers will not be so reliant on the pipeline. According to remarks at the summit from MPSC Commissioner Dan Scripps, the task force will need to find alternatives to propane so residents are less exposed to price volatility.

Across the country, there has been a push to switch from natural gas heating to electric heating. That may seem unrealistic for the U.P., given how expensive electricity is there already (over 20 cents per kWh for UPPCO customers, compared to about 15 cents per kWh for the rest of Michigan, according to 2017 U.S. Energy Information Administration data).

A more affordable model for electricity supply, however, is already taking shape. Given the harsh winters, most people don’t put the U.P. and sunny weather in the same thought. But in reality, the National Renewable Energy Laboratory has found that the U.P., particularly the southwestern part near Escanaba, has the best solar resources in the state in terms of the potential to produce kilowatt-hours of electricity from the surface area of a solar panel.

Combine that with high electricity costs, and U.P. customers have a strong incentive to generate their own electricity with their own solar panels. So strong, in fact, that UPPCO became the first Michigan utility to hit the cap for the amount of its average peak load that can come from solar projects installed by customers. Just this May, the MPSC increased that cap from 1% to 2% of UPPCO’s average peak load as part of a settlement – described by MPSC Commissioner Sally Talberg at the summit as an “encouraging development.” In addition, MPSC Commissioner Norm Saari talked about how the involvement of U.P. consumer advocates like Jenn Hill and Germfask resident Gary Talarico (recently featured in a deep dive analysis of UPPCO) have made the UPPCO settlement a “success story.”

Clean energy in the U.P. could be another success story. “Solar is the big switch,” Carmen Clark said at the summit. Clark is a regional manager for the Midcontinent Independent System Operator (MISO), the nonprofit organization that acts as sort of an electric grid “air traffic controller,” operating the grid in a huge swath of the middle of the country, from Minnesota to Louisiana, and including the vast majority of the U.P. and the rest of Michigan.

Power projects that are expected to come online in a few years must apply to be in MISO’s generation queue so the organization can plan for those projects. In MISO’s current queue, the projects for the U.P. consist of over 225 megawatts of solar power, 118 megawatts of wind power and 70 megawatts of natural gas-burning power – a stunning change for a region that, like most of the country, has historically used primarily fossil fuels for electricity.

Intriguingly, the queue also includes 20 megawatts from a battery storage project, which would be the first example of energy storage of that type and scale in the U.P. While still not quite cheap enough to be commonplace yet, lithium-ion batteries have fallen dramatically in cost over the past several years, and are increasingly being installed around the world to store renewable energy from, for example, wind power or solar power, so that energy can be deployed at times when the wind is not blowing or the sun is not shining.

Battery storage has been particularly popular in relatively isolated regions where electricity costs are very high but renewable potential is also high, such as Hawaii and Australia. This new project in MISO’s queue could be a sign that the U.P. is next.

Exactly how quickly these new energy sources emerge will have a huge effect on how U.P. ratepayers can cut their bills and avoid price spikes.