DTE’s Rate Case – A Step Toward Accountability for Poor Service? 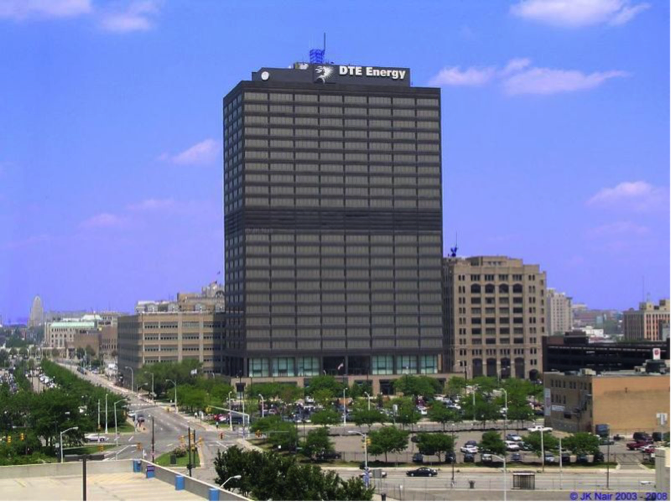 The Michigan Public Service Commission’s (MPSC) May 8 order on DTE Energy’s rate increase request could be one of the most important decisions the commission makes this year. It signals that a big change might be coming in the relationship between regulators and investor-owned utilities. The MPSC ordered a major investor-owned utility to propose a system of “performance-based regulation” – in which the utility’s financial returns are tied to metrics on how well it is doing its job of providing reliable energy to customers.

The Michigan Environmental Council, Sierra Club, Natural Resources Defense Council and CUB released a joint statement that summarizes the rate case, describes how the commission gave DTE much less of a rate hike than the utility originally requested, and includes a quote from CUB Executive Director Amy Bandyk about some benefits for low-income customers and how the rate case continues the worrying trend of bigger rate hikes for residential and small business customers.

In this blog post we want to tackle another aspect of the decision.

Since our inception, the need for new tools to improve accountability for Michigan utilities has been perhaps the biggest issue for the Citizens Utility Board of Michigan. In an op-ed in the Detroit Free Press and in our first major report, CUB showed how Michigan utilities consistently underperform other utilities around the country when it comes to reliability and affordability of service. As CUB President (and former MPSC commissioner) Robert Nelson wrote in that op-ed, “the commission should require the utility to meet performance targets before it can receive more ratepayer cash. DTE customers should not have to pay above-average rates for below-average service.”

To be clear, the May 8 order is just one step in what will be a long process. But it is nonetheless significant that the MPSC, first, recognized the need for performance-based regulation in order to address Michigan’s reliability problem, and second, rejected DTE’s attempt to kill performance-based regulation before it even starts with arguments for why the idea is unworkable or even illegal.

A sentence in the MPSC order expressed the exact sentiments CUB put forth in our report and op-ed: “It is clear that more must be done to align DTE Electric’s business interests with the desire of its customers for a more reliable distribution system.” The order also quotes from an administrative law judge to back up the conclusion that performance-based regulation is both prudent and reasonable: “DTE has not yet found an approach to strategic capital spending that enables it to demonstrate a firm commitment to the programs it acknowledges are necessary in order to significantly improve its distribution system performance.”

Why is it so clear that DTE’s approach hasn’t been working? In our report, CUB presented the federal energy data that show DTE has consistently been at the bottom of reliability performance rankings for years. Similarly, the MPSC’s order again cites the administrative law judge: “DTE’s distribution system performance remains in the 4th quartile and DTE’s strategic capital spending for 2019 is once again expected to be below projected levels.”

The situation is bad enough that the grocery chain Kroger, tired of frequent outages that spoil their goods and voltage fluctuations that damage equipment in their stores in DTE’s service territory, got involved in this case. Kroger proposed that the MPSC create a “Reliability Improvement Mechanism” in which DTE would have to take a financial hit and provide a credit to customers “until it achieves at least one full year of average reliability performance or better.” The Michigan Environmental Council Coalition endorsed Kroger’s mechanism, and also called for the MPSC to create a new docket to consider performance-based regulation measures.

While it did not go as far as some of these groups wanted, the MPSC did require DTE to draft a performance-based regulation proposal with some provisions that, if they come to pass, could create some serious carrots and sticks to motivate better utility performance.

The order specifies that the performance-based regulation system “should include both incentives and disincentives based on performance; incentive structures should be holistically considered in terms of impacts on potential earnings” and performance metrics “should be linked to regional, national, and/or peer utility benchmarks, where possible.”

The fact that the MPSC is asking for performance metrics and financial incentive structures tied to DTE’s ability to meet those metrics is a good sign. It is contrary to DTE’s position, expressed in this rate case, that metrics based on past performance would be somehow illegal because they are based on “hindsight.”

Of course, any proposal from DTE should be taken with a grain of salt and subject to any revisions that arise from the strictest scrutiny as stakeholders get a chance to review it. But the commission’s order is a first step toward a system that pushes the utility to care more about its level of customer service because it cares about its bottom line.