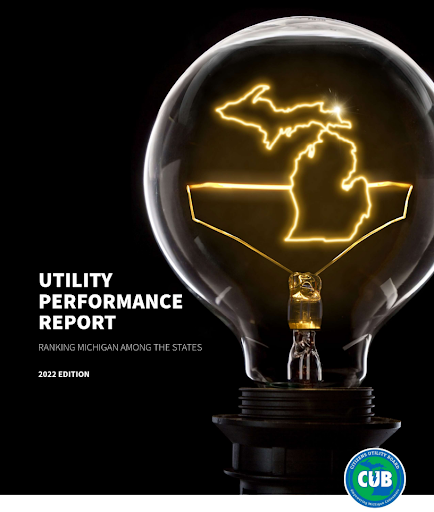 Is the service from Michigan’s utilities really that bad? Are these reactions exaggerations? For each of the last few years, CUB has put out its Utility Performance Report to put context around the service that Michigan utility customers receive (Last year’s report available here).

This year’s report measures utility performance on more dimensions than ever before. But the topline result is similar to previous years: Michigan utilities have below average performance on indicators of system reliability, affordability of energy and environmental impacts when compared to utilities from around the country and utilities in neighboring states.

One difference from last year’s report is that Michigan does slightly better on some measures of reliability. That progress, however, mostly vanishes when one looks at the reliability figures that account for weather differences across the country. Some parts of the country got hit with especially severe weather events in 2020, the year for most of the report’s data as reported by the U.S. Energy Information Administration. 2020 was a relatively less severe year for Michigan weather. But when focusing on everyday reliability by excluding days with major outage events, Michigan utility performance on reliability metrics plummets.

That is particularly problematic considering that, with climate change, weather is expected to become more variable, with the “bad” weather years becoming more severe. “Over time, however, some utilities are more prepared than others for the challenges posed by extreme weather, and Michigan utilities show signs of an underlying vulnerability that should be concerning,” the report states.

The report includes a host of other statistics about heating fuel use, unaccounted-for natural gas, water withdrawals by power plants and more. Because of its length, we will be breaking down different sections of the report in blog posts throughout the coming weeks.

For now, here are some of the most important highlights from the report.

Michigan utilities ranked the 2nd worst among utilities from all 50 states plus DC when it comes to average restoration time (not including “major event days,” such as days with severe weather events, which are excluded to normalize weather differences across states). This poor ranking is on trend with the past several years. In last year’s report, Michigan utilities ranked 3rd worst for CAIDI. 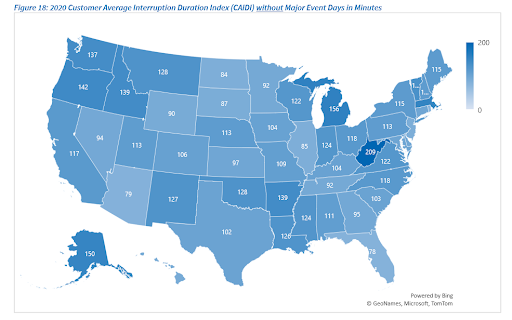 In an example of data new to this year’s report, we also show how utilities around the country perform in terms of the amount of electricity saved as a result of energy efficiency measures. To be fair, Michigan utilities rank slightly above the U.S. average on this metric. 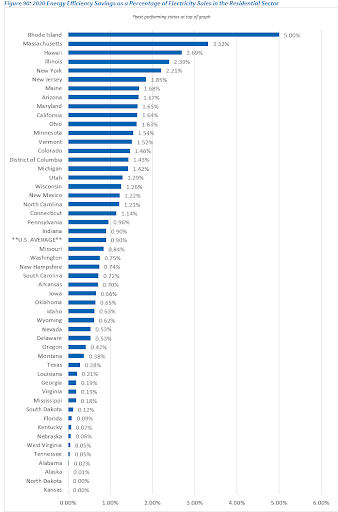 Read this year’s 2022 Utility Performance Report, and check this space for more analysis of the data coming soon.