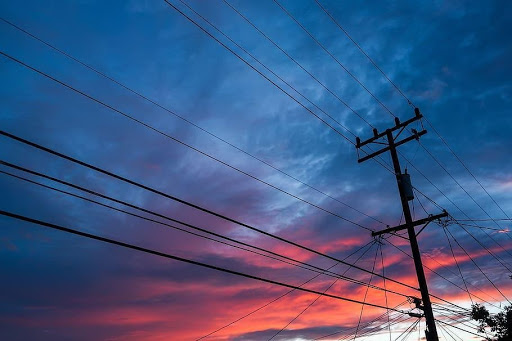 Electric utilities are often talked about as being in a state of transition, needing to adapt, move into the 21st century, and a host of other buzz terms. For example: the Michigan Public Service Commission (MPSC) describes the purpose of Michigan’s MI Power Grid initiative as “to maximize the benefits of the transition to clean, distributed energy resources for Michigan residents and businesses” and “make changes to utility regulation designed to ensure that the state’s clean energy future provides safe, reliable, affordable, and accessible energy resources.”

But what do these grand ambitious plans actually look like on the ground? What sort of changes would the average ratepayer actually see as part of this transition?

A very interesting piece of analysis recently came out, and it points to an answer. It comes from testimony filed on behalf of the Citizens Utility Board (CUB) of Michigan, the Michigan Environmental Council (MEC), the Natural Resources Defense Council (NRDC) and the Sierra Club in the regulatory case for the latest proposed rate increase from Consumers Energy, the second-largest utility in Michigan.

The testimony, by consultant Christopher Villarreal, describes, in very plain and compelling fashion, how Consumers Energy’s current plans and procedures for upgrading and maintaining the distribution grid are outdated. “There is little evidence of progress by Consumers to invest in a distribution system that can support and enable a cleaner and more efficient electricity system,” Villarreal said.

This is timely because, as CUB wrote about previously, more than most other large investor-owned utilities, Consumers Energy has publicly discussed the need to change the utility business model, by moving toward more energy efficiency and cleaner energy sources.

But Villarreal’s testimony shows how the current distribution grid strategy is blocking innovation – projects that would not only enhance grid reliability while imposing fewer costs onto ratepayers, but also help Consumers Energy transition toward this new, cleaner business model.

Consumers Energy wants to charge ratepayers for $722.7 million in spending in 2021 on the distribution system – the poles, wires and substations that deliver electricity to the ultimate consumers. But because of flaws in the utility’s distribution planning program, “the requested $722.7 million exposes customers to significant over-spending and inefficient investments,” according to the testimony.

The utility’s approach to planning grid upgrades closes the door to the new generation of distribution grid strategies that, due to technological advances, make it increasingly possible to avoid capital-intensive projects that cost ratepayers a lot of money. But unless Consumers Energy expands its scope and modernizes the way it approaches the grid, ratepayers will miss out on these savings.

Thanks to the growth of distributed energy technologies like rooftop solar and batteries that store energy from the grid, it is now feasible for many homes and businesses in a utility's service territory to get at least a big chunk of their energy needs from their own sources of power, rather than drawing from the grid. Add in new types of software increasingly used to automatically adjust a building’s electricity use so that the building can act like a “virtual power plant,” cycling demand up when electricity prices are low and cycling demand down at times of peak demand. These kinds of energy resources are known as non-wires alternatives (NWAs), because they allow a utility to achieve a goal of shoring up the electric distribution system, but without as much of a need to build new distribution infrastructure (i.e., wires).

Consumers Energy, however, uses too short of a timeframe when looking at distribution planning for it to be able to integrate non-wires alternatives into its toolbox, according to Villarreal. The utility’s “planning process simply does not look out far enough to allow NWAs a fair opportunity to be considered as an alternative,” the testimony said. “This means that potential projects that may be more cost-effective for customers are not considered and only those projects and solutions identified by Consumers will go forward. This is an inequitable result for customers and for markets.”

NWAs are complex, and need time to plan for and for benefits to materialize. Villarreal recommends a 3 to 5 year period for planning NWAs, which is well beyond Consumers Energy’s current horizon – while the utility must produce 5-year distribution plans, it gets regulatory approval for the actual investments it makes in rate cases done every 1 to 2 years, which, as Villarreal puts it, results in a “planning gap” between the rate case and the 5-year distribution plan. “By looking beyond the immediate 1-2 year rate case justification, [non-wire alternatives] would have a better chance to be considered and identified as an option to defer certain infrastructure investments into the future,” the testimony said.

But the timeframe issue is just one problem. Consumers Energy is not using the data it has at its fingertips to full advantage. The information Consumers Energy isn’t using could be part of a holistic effort to determine the most efficient way to improve grid reliability.

This is particularly worrisome because the utility spent millions of ratepayer dollars gaining access to this data through the installation of “smart meters.” These meters, known as advanced metering infrastructure (AMI), collect digital information about customers’ energy use throughout a given day, giving the utility a full, real-time picture of where and when the demand is coming from across its entire distribution system.

“Consumers does not utilize usage or demand forecasts in the consideration of locations that may be in need of upgrade in response to usage,” the testimony said. “In particular, Consumers noted that it does not use AMI data in the identification of potential locations” for the utility’s low-voltage substations reliability program (which involves building or rebuilding substations and replacing transformers and regulators).

That example is just one of many of how the utility’s distribution planning process consists of three “siloes” – grid modernization, reliability and emergent customer needs – that are not integrated and fail to reinforce each other, according to the testimony.

Let’s be clear that we are not singling out Consumers Energy. Change is very complicated, and all utilities are grappling with these problems, because they lack obvious solutions. For example, many of these criticisms also apply to DTE Energy, the largest electric utility in the state. DTE’s plans for distribution grid investments “remain unmoored to a longer-term vision” and “follow largely the same script they have been following for years – focusing on immediate capital projects without a clear identification of how those investments support a longer-term vision for integrating” distributed energy resources, according to testimony from Villarreal on behalf of NRDC and the Environmental Law & Policy Center, filed in DTE’s most recent rate case.

Fortunately, the MPSC seems willing to consider these concerns. In its order in that rate case, the commission directed DTE to develop “a robust suite of NWAs” that may be considered for pilot programs.

The arguments around both utilities’ plans create a picture of what the 21st century utility might actually do – build capital projects, yes, but just as one part of the job description. The broader job is to facilitate the combination of everything mentioned above – energy efficiency, virtual power plants, distributed energy, conventional power – so that the most efficient way to serve customers prevails.

You can follow the continued discussion in Consumers Energy’s rate case by following the docket U-20697 at the MPSC.