Why the UP Matters: Special Task Force on Upper Peninsula Energy Holds Its First Meeting 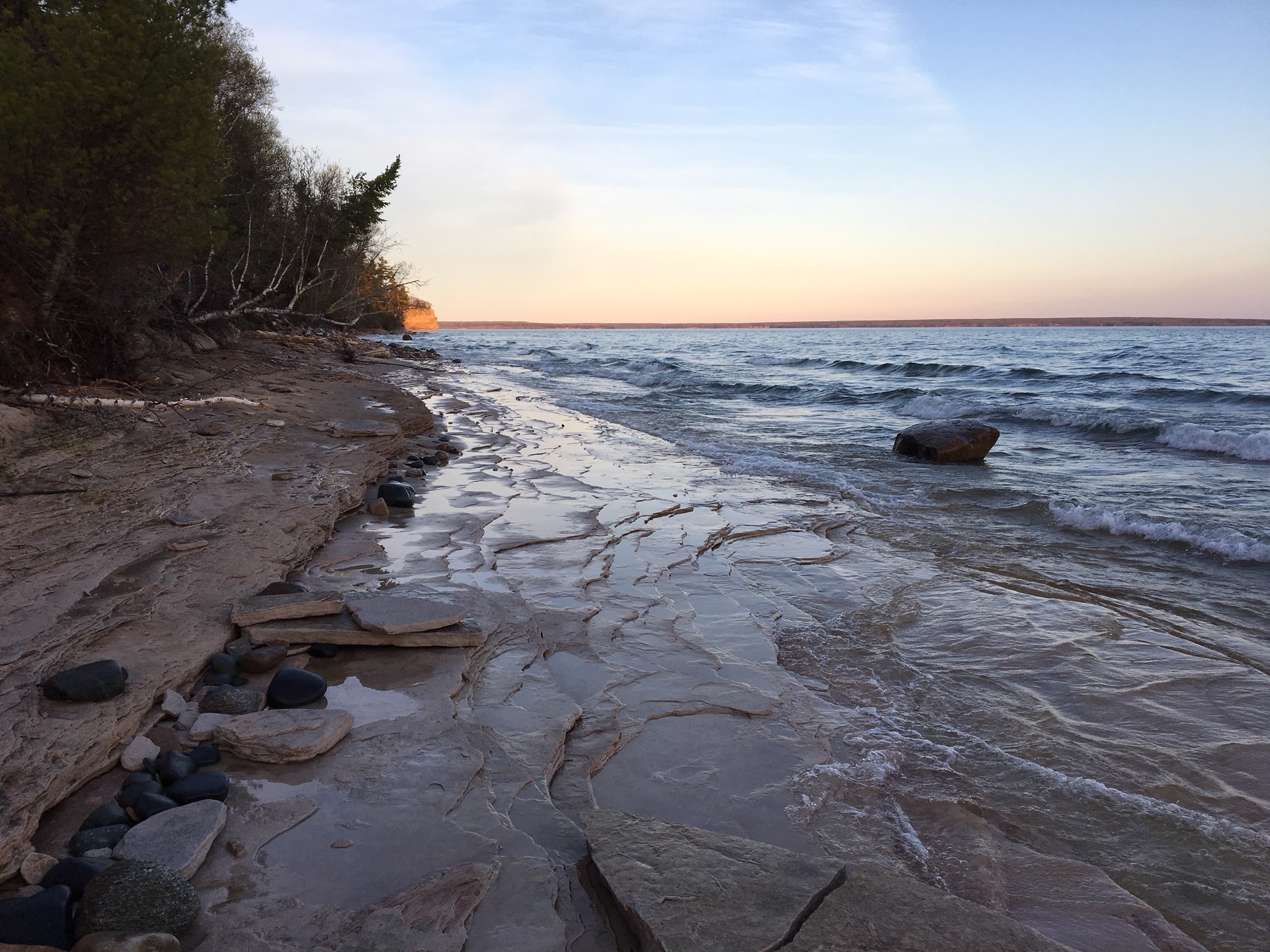 The Upper Peninsula of Michigan has just over 300,000 people. That makes the entire peninsula less populated than each of the six largest counties in the Lower Peninsula. Most of the UP is closer to Wisconsin than to Lansing or Detroit.

So why should those of us that live south of the Mackinac Bridge care about the energy issues of such a small part of our state, population-wise? This is also an important question for UP ratepayers, since they will need to persuade policymakers in Lansing and elsewhere to take action.

It turns out there are pretty powerful reasons everyone in the state should care, and some of them were made clear at the inaugural public meeting of the UP Energy Task Force, formed by Gov. Whitmer in June to confront the unique and challenging problems with electric supply that the UP faces (see our blog post for more background on why the task force was formed.) On July 9, the 19 members of the task force and Michigan Public Service Commission Chairman Sally Talberg met at Northern Michigan University in Marquette.

Yes, the UP is a very different place than the rest of the state (and the entire country) in many ways. Even as the total U.S. population increased by over 200 million, “over the last 110 years, the number of people in UP has only varied by about 10,000 people,” Thomas Harrell, the CEO of Alger Delta Cooperative Electric Association in the UP and one of the members of the task force, pointed out.

But despite the UP’s unique qualities, both peninsulas are connected by the Great Lakes we all love and share, and also by shared concerns. The problems of price spikes in extreme weather events, energy supply diversification, transmission line constraints and others that have plagued the UP are possibly going to become more common in the rest of the state if we do not properly plan for them.

A big reason is climate change. Extreme weather events are becoming more common across the whole Midwest region, as MPSC Commissioner Dan Scripps (also a member of the task force) pointed out in his presentation at the meeting. That means Michigan residents need to look to incidents like what happened during the polar vortex in January of this year as the type of event we can expect happening more often.

As temperatures dipped to around 20 degrees below zero, the regional grid coordinator had to declare a “max-gen” event—meaning all available power plants had to be running to avoid a reliability problem. The situation for natural gas supply was more dire. A Macomb County natural gas compressor station—which handled almost two-thirds of the natural gas capacity for Consumers Energy, the state’s second-largest utility and largest gas utility—caught fire. Gov. Whitmer and Consumers Energy had to send an alert across the state, asking residents to ease back on heating at the coldest time of year so natural gas did not run out.

But due to its geography and low-density population, making transmission lines and gas pipelines more difficult to arrange, the UP has been dealing with fuel supply and reliability problems for some time already. While utilities in the Lower Peninsula like Consumers and DTE plan to retire their coal-fired power plants in coming years, the UP has already made an abrupt shift from coal to natural gas for much of its power supply, as explained by Marquette City Commissioner Jenn Hill, another member of the task force (and board member of CUB of Michigan).

“How quickly things have changed,” Hill said. The UP “went from being dependent on coal to dependent on natural gas in just three years” with the retirement of the Presque Isle coal plant in Marquette earlier this year.

A new natural gas-fired plant has replaced the Presque Isle plant, but solar, battery storage and other new resources (see our previous blog post) can add diversity so consumers are not as exposed to the volatility of natural gas prices. A resilient energy supply that can keep prices affordable for consumers in a range of potential scenarios is also a goal for the Lower Peninsula that will only become more important if extreme weather events become more common. The MPSC’s recent State Energy Assessment includes recommendations on how to improve the resiliency of Michigan’s energy, such as improving the process by which consumers can interconnect their solar, battery storage or other distributed energy projects to the grid. These projects can provide more nodes of generation across the grid to make it more resilient.

A big focus of the task force will be managing disruptions to the UP’s use of propane. The region relies on propane for 18% of its heating, as opposed to 8% for all of Michigan.

At the meeting, task force members recognized that it is difficult to find data about propane use as it relates to the UP specifically because the market is unregulated. The task force needs to deliver a near-term report focusing on the propane issue in March 2020 (which will be followed by a final report on broader UP energy issues in March 2021). So the task force will likely need to bring together the propane suppliers to the UP to better understand this fragmented market.

Once again, the Lower Peninsula faces a similar problem trying to coordinate different players to solve a problem that leads to price spikes in the winter. The situation surrounding the compressor station fire from this past winter was more daunting because “natural gas utilities did not have mutual assistance agreements in place which could have provided process efficiencies and better communication during the event,” the State Energy Assessment found. Recommendations include the utilities striking such agreements and helping each other with contingency planning for emergencies.

The task force plans to hold its next meeting on August 5 and more listening sessions across the Upper Peninsula this fall, so check back on CUB’s blog regularly to learn more.