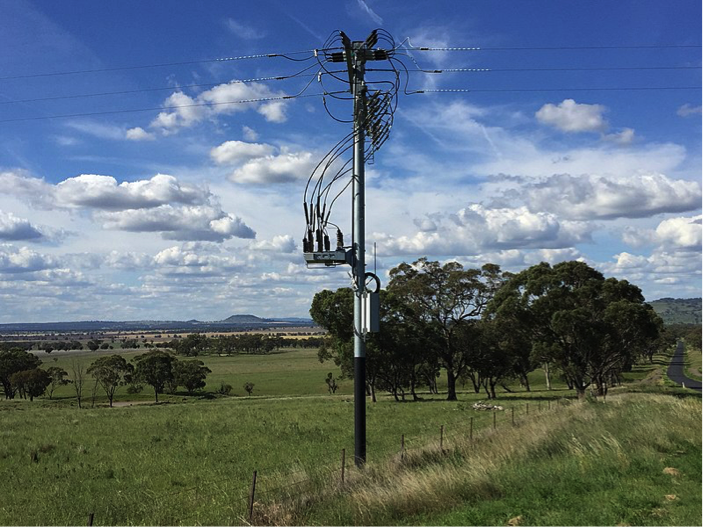 A recloser is a type of electrical equipment used to automatically detect faults on a line. Source: TheEnergeticEngineer, Wikimedia Foundation.

Big news coming out of the Michigan Public Service Commission on Aug. 25 for anyone who wants to avoid more electric reliability crises like the hundreds of thousands of Michigan utility customers who have lost power during thunderstorms over the past few weeks!

The MPSC approved an order that mandates Michigan’s investor-owned utilities submit reports detailing all the tree trimming, grid hardening, and other distribution grid-related spending measures each utility has enacted, and providing a host of other information. These reports should help the public and stakeholder groups like CUB scrutinize the utilities’ planning and strategies.

But the decision with the most immediate impact may be the MPSC’s follow-through on Commissioner Tremaine Phillips’ recent statement that the Commission would be accelerating the implementation of new service quality standards that would reform the bill credits that customers are due from utilities following prolonged outages, including the way they receive them.

There is a lot in this order, so let us break down the major elements of the actions the MPSC is taking, along with commentary from CUB:

1. The MPSC is moving forward with changes to the reliability and service quality standards that were developed by the MPSC staff last year in a process that involved input from stakeholders like CUB. The order says the MPSC is trying to accelerate the process by which revisions to the existing rules become new regulations, a process which involves submitting a rulemaking to the Michigan Office of Administrative Hearings and Rules. Previously, before the latest outages, the staff had indicated to CUB that this whole process would take months. Commissioner Phillips said last week that he hopes it will be a matter of weeks.

We have emphasized the bill credit issue because it is a very understandable example of how the rules Michigan has had governing reliability do not make common sense: Hardly anyone knew that they could receive a credit following an outage. It is not worth most people’s time to call up their utility, get put on hold, possibly not even qualify for the credit and get nothing, or, in the best case, get only $25 off their next bill. It also makes no sense that the credit is a flat amount regardless of length of outage, when longer outages cause customers to incur increasingly high costs (hotel stays, lost groceries, etc.).

The revisions fix these basic absurdities. We are disappointed, however, that they still retain some of the common sense problems with the existing rules. For example, a customer would not receive the $35 credit until 16 hours of outage have passed (in cases of outages that occur during normal grid conditions) or 96 hours (during catastrophic grid conditions). In addition, the $2 per hour credit multiplier would not kick in until those same thresholds have been passed. But clearly, customers who experience outages of 5 hours or 10 hours or 15 hours face mounting costs as their power stays out, so it does not seem justified that those customers should not receive a credit, including the hourly multiplier.

2. Investor-owned utilities must submit reports to the MPSC with details about tree trimming and grid hardening measures, performance on metrics that measure reliability, which circuits on their distribution systems fail the most, cost-benefit analysis of burying power lines underground and more.

That last item is particularly intriguing. Burying power lines undoubtedly improves reliability, but at what cost? Experts often say there are much cheaper ways to get the same reliability improvements. DTE has estimated installing underground lines would cost between $25 billion and $30 billion or $20,000 for each of the utility's 1.3 million residential and commercial customers, Crain’s Detroit reported earlier this month.

At the same time, undergrounding is not all or nothing. Commissioner Phillips said it well in the meeting approving the order: “We need to find ‘a place between ‘business as usual’ and ‘undergrounding the entire electric distribution system,” he said. The information from these reports will hopefully help show where to strike the right balance. Consumers Energy, DTE and Indiana Michigan Power must submit these reports in docket U-21122 by Oct. 1. For other utilities the reports are due Nov. 1.

3. Next, the MPSC’s order also asked for comments from outside stakeholders on the distribution plans filed by Consumers Energy, DTE and Indiana Michigan Power earlier this year. The specific questions the MPSC wants stakeholders to answer about these plans are very important. Some examples:

Do the distribution plans filed reflect the appropriate balance between needed

investments and customer affordability? Are there alternatives that would better strike

marginalization of vulnerable customers and communities?

Here is the information on how to submit comments:

Any person may submit written comments in response to these questions in Case No. U-20147.

The comments should reference Case No. U-20147, and should be received no later than 5:00 p.m.(Eastern time) on October 1, 2021. Address mailed comments to: Executive Secretary, Michigan Public Service Commission, P.O. Box 30221, Lansing, MI 48909. Electronic comments may be emailed to [email protected].

4. Separately, the Commission is also requesting comments from any stakeholder on the question of “whether it remains appropriate to rely on historical data in utility planning processes given the increasing incidence and severity of extreme weather events.” These comments need to be submitted by Sep. 24, referencing docket U-21122.

5. Finally, the MPSC will host a Technical Conference on Emergency Preparedness, Distribution Reliability, and Storm Response on Oct. 22 at the MPSC office in Lansing.

That all is a lot to take in! This order is just the first step in a process that we will monitor to ensure it leads to the best results for Michigan ratepayers. Nothing in the order has any immediate impact on customer rates. It is very likely that the utilities will respond to the outcry over power outages with proposals for much more spending to harden the grid, and they will ask the MPSC to increase rates to cover that spending. While obviously much more work does need to be done to improve the grid in Michigan, we do not think it is fair for customers to pay the price for the utilities’ failures at maintaining reliability. So this issue of cost recovery will be important going forward.

In closing, one line from the order jumped out at us: “While the Commission is taking action on several fronts, the August 2021 storms show that the Commission and the utilities must do more and must do it faster.” That is the urgency Michigan ratepayers must demand.