Posted by Citizens Utility Board of Michigan 0sc on August 19, 2021 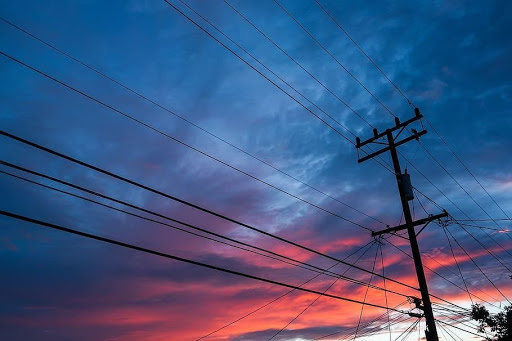 Those efforts include making it easier for customers to access credits that reduce their electric bills following long outages, a step that the Citizens Utility Board of Michigan has been emphasizing for more than two years (including in this space, such as here, and in this report).

“We will have the next steps on formal rulemaking over the next several weeks,” Phillips said at the latest meeting of the MPSC Energy Affordability and Accessibility Collaborative (previous meeting covered here). He added that “we are trying to accelerate that rulemaking process as best as we can so it doesn't take six months or eight months.”

The additional urgency appears to come from just how bad the outages have been, combined with their timing in the middle of a summer where the country and world have been battered by severe weather linked to climate change. The recently-released Intergovernmental Panel on Climate Change (IPCC) report made this connection clear. The IPCC report indicates that “this is the coolest temperatures will be over the next 30 years,” Phillips said. “That is at the top of my mind in this work and the top of my mind as a father.”

At the end of last year, the MPSC staff put out a report that endorsed several changes to Michigan’s service quality standards supported by CUB and other stakeholders. These changes include:

a) Qualifying customers for bigger credits if they experienced longer outages, rather than the current rules in which all outages, whether 16 hours or 160 hours, qualify for a $25 bill credit. The staff recommendation would offer an additional $2 per hour once an outage has passed a threshold of “unacceptable” service.

c) Requiring utilities to automatically issue credits to customers who qualify, rather than placing the burden on the customer to contact the utility and claim the credit.

We should be clear that while we see these changes as important steps in the right direction, CUB also argues that the staff’s recommendations retain many of the flaws of the current standards and could be made more robust, as we explain more in this blog post.

The rulemaking process, Phillips noted, can be a “long and arduous one,” so we are glad the commissioner recognizes the need to act expeditiously. The root causes of Michigan’s reliability problems have to do with utility practices and the lack of a performance-based regulatory regime, but rising severe weather incidents certainly make the problem worse and more urgent. “Here in Michigan there is often this thought that because of our position as a peninsula and surrounded by bodies of fresh water that we can be immune to impacts of climate change,” Phillips said. “The profile will differ for us but they will be no less extreme, no less impactful, particularly for marginalized communities. There is truly no way to fully escape those impacts.”