Posted by Citizens Utility Board of Michigan 0sc on March 18, 2022 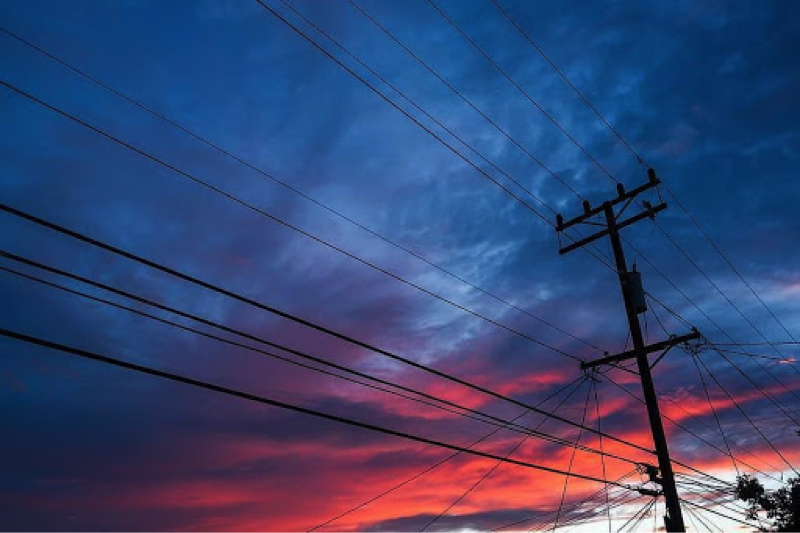 “DTE and Consumers Energy, which together provide power to a majority of Michigan residents, appear to be aiming for just marginal improvements in grid reliability. Much more is needed for Michigan residents to be safe and secure in their homes with stable access to electricity, a basic necessity,” CUB Executive Director Amy Bandyk wrote in a Detroit News op-ed at the end of last year.

Unfortunately, on March 17, the Michigan Public Service Commission (MPSC) failed to rise to the level of what is needed to alleviate the poor service Michiganders have been receiving from their utilities at high price. After nearly two years of engagement with CUB, Attorney General Dana Nessel and other stakeholder groups (as we have chronicled on this blog, see here, here and here, for example), the MPSC made only the most modest of changes to the service quality and reliability standards. Those standards have not been substantively changed since 2004, so this may be a sad missed opportunity to give teeth to our regulations.

We already broke down the basics of what happened in our statement and this Twitter thread, so check those out if you haven’t already to get up to speed.

In this blog post, we wanted to focus in on an example from this case that illustrates the bigger problems with the oversight of utilities in Michigan: the MPSC seems to dismiss without, even respectful consideration, arguments put forth by intervening groups like CUB that are trying to represent the public, especially when those arguments collide with the financial interests of utilities.

One of the most important changes to the reliability standards that CUB first brought up in comments in this case well over a year ago is the $2 hourly credit. If bill credits for customers who experience prolonged outages are going to be offered at all, the credits should be at least remotely in the ballpark of the costs of the outages in question.

$2 was not a number we pulled out of a hat. Our comments cited the leading research on the economic cost of outages from the Lawrence Berkeley National Laboratory (LBNL), and one of the main authors of that research, Joe Eto, was even invited by the MPSC staff to speak at one of the stakeholder meetings in this case. Based on the LBNL research, $2 was, if anything, an underestimate of the per-hour cost of a power outage for a residential customer.

Then, on March 17, the MPSC’s order dispensed with CUB’s proposal with two sentences:

Michigan utility consumers should be insulted by this conclusion for at least two reasons.

First, this is not about just CUB being upset that the MPSC did not like our idea. Many other stakeholders endorsed either our specific $2 proposal or, more broadly, the idea of substantially increasing the credit beyond what the MPSC staff was proposing and tying the credit to an hourly rate. These include the Attorney General, the city of Farmington Hills, the Superintendent of Highland Park School District and over 100 residents of Detroit, Highland Park and other communities who submitted comments like this one:

“We are demanding that the Michigan Public Service Commission: …Ensure that customers are compensated for power outages – customers should receive rapid, automatic bill credits that reflect the actual costs associated with power outages, including lost groceries & lost work.”

Those over 100 residents signed a letter urging the MPSC to:

Adopt the initial recommendations of Citizens Utility Board of Michigan for a $2/hour compensation rate for ratepayers impacted by outages, to be included as an automatic bill credit on the next monthly bill as a baseline

To dismiss this community response without even explaining why this proposal backed up by research is “not reasonable” is, frankly, disrespectful to these residents who bothered to comment, and is likely to make many question why the MPSC even invites public comment in the first place.

Second, the claim that our proposal is “not reasonable” is incredible considering the proposals the MPSC does accept as reasonable.

In contrast to CUB’s proposal, the MPSC’s credit is based on no research. It simply takes the $25 credit, itself a number seemingly pulled out of a hat with no connection to the economic cost of outages, and adjusts it for inflation to $35.

After that $35 credit, under the new order, for each additional day the power is out, the customer will get an additional $35 credit. But there is no reasoning for why a day of power is worth anything as low as $35. Even the $2 credit per hour comes out to only $48 a day, which also is not high, but is at least higher as a baseline, which can then be updated, as other commenters pointed out. Yet according to the MPSC, $35 for an additional day of no power (and $0 if your power is out for less than another 24 hours) is acceptable, while $2 per hour is “not reasonable.”

Is there any indication in the order for why the MPSC picked the way it did? Yes, actually:

Conveniently for DTE, the significantly less generous option for a credit is “less confusing” to customers. But how is $35 per day less confusing than $2 per hour? The MPSC never explains.

Imagine that your power has already been out for 24 hours. Then, after another grueling 23 hours, your power flickers back on. In a world with CUB’s proposal, you would get a credit of $94, applying $2 to your full 47-hour outage. In the world the MPSC is giving us, your credit would be $35, the same as if your power had come back on at hour 24, because 23 hours is not a day. Which result would be “less confusing to you”?

It actually gets worse from here. The scenario where you get $35 for a 47-hour outage outlined above assumes that your outage took place in “normal grid conditions,” meaning less than 1% of the utility’s customers lost power. But if a more widespread outage takes place (like those triggered by storms last summer) the MPSC’s new order offers the customer in this scenario… nothing.

Under “gray sky conditions” where 1% to 10% lost power, a customer is not eligible for the credit until power is out for 48 hours or more. Under “catastrophic conditions,” that threshold goes up to 96 hours.

So there is no way to sugarcoat it: this is a very discouraging result. It would be easy to throw in the towel after this. But CUB is not done fighting for a fairer approach to consumers who lose power. Stay tuned.