Keith Cooley Elected President of the Citizens Utility Board of Michigan 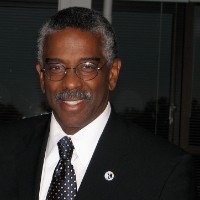 The Citizens Utility Board (CUB) of Michigan, the state’s independent nonprofit residential utility ratepayer advocate, is proud to announce that it has elected Keith Cooley as its next president, replacing Robert Nelson, who recently concluded his three-year term as president and will continue to serve on CUB’s board of directors. Marquette City Commissioner and CUB Secretary Jenn Hill has been elected vice president, and she will continue serving as secretary.

Cooley, who since 2018 has served as CUB’s vice president, is a strategist, management consultant and engineer who, as president and CEO of Principia, LLC, focuses his inventive problem-solving skills on linking Detroit’s recovery to a “Green Collar” agenda of developing cutting-edge technology to combat issues of environmental crises and training underserved communities as the next generation of technologists in support of these sectors.

This work builds upon Keith’s long career in energy, policy, technology and business. He previously served as president of NextEnergy, a Detroit-based accelerator of innovative energy solutions, and as a cabinet member of Michigan Gov. Jennifer Granholm’s administration. He also previously worked as an automotive executive and engineer and nuclear engineer.

“It has been my honor to serve as the first president of Michigan’s CUB. This organization has done, and will continue to do, incredibly important work on behalf of all Michigan utility customers. Keith is a phenomenal choice for the next president of CUB,” outgoing President Robert Nelson said. “He has been a member of CUB’s executive board since its inception in 2018, and through his extensive experience and knowledge he has helped CUB carry out its mission of protecting the interests of Michigan utility ratepayers.” Nelson served on the Michigan Public Service Commission from 1999 to 2005.

“I am honored to accept this position as president of CUB. I also know there are big shoes to fill if I am to match the level of service provided by Bob Nelson.” Keith said. “Michigan residents are facing the challenges of continuing rate increases while dealing with economic pressures from the pandemic and problems with utility service from our aging energy delivery system. But there are also exciting opportunities to make sure that the benefits of transitioning to clean energy flow to all residents. We have our work cut out for us.”

Keith is married, lives in Detroit, Mich. and has four children and eight grandchildren. He enjoys reading, running, biking, and Tai Chi.