Electric Reliability Must Be Improved Cost-Effectively 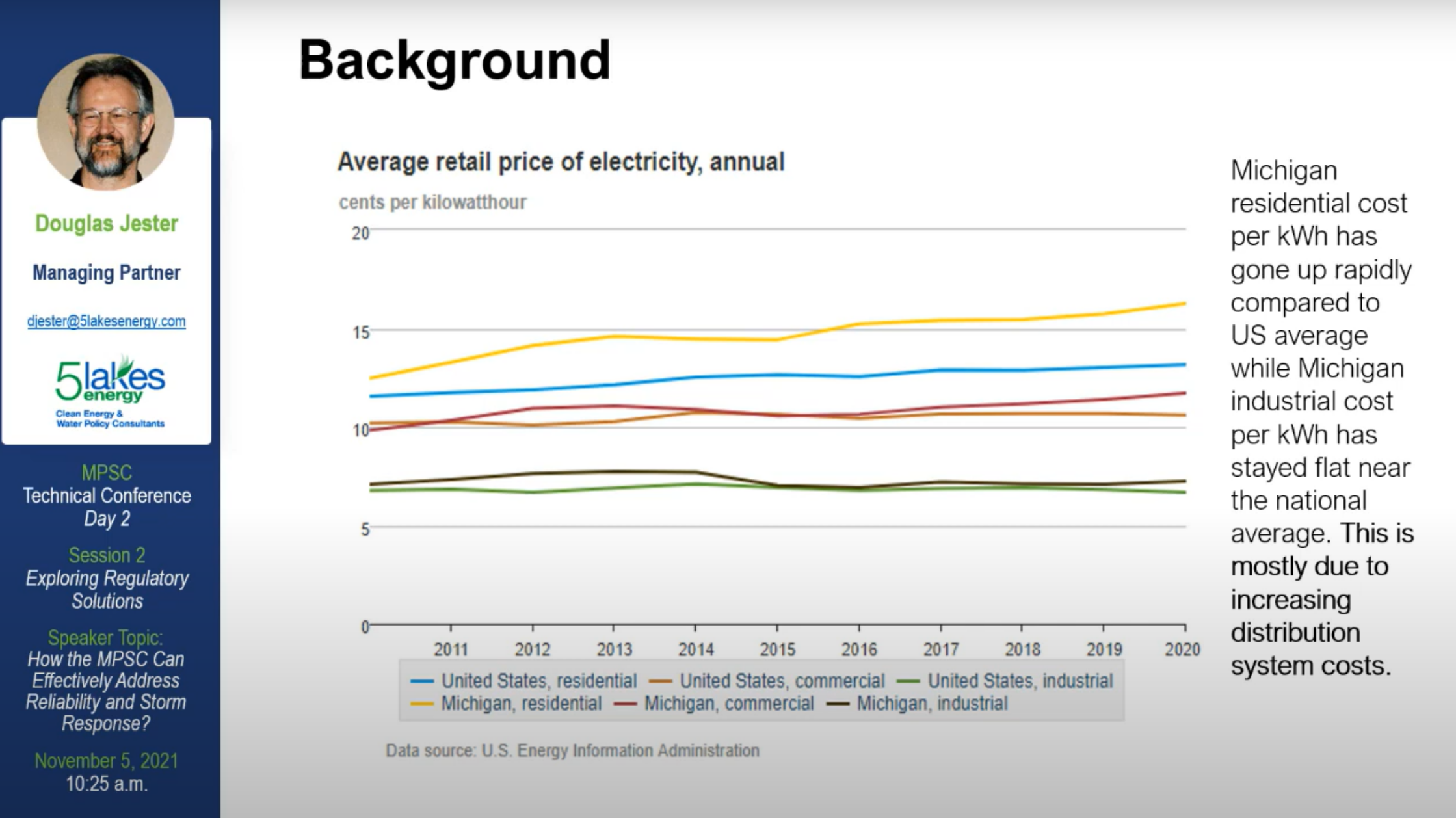 A question that has come up often after so many Michigan residents lost power in multiple instances this summer is: “why don’t we bury power lines underground?” It seems like a simple solution to a big problem, and burying power lines does indeed improve reliability. But it is also very expensive, and may not be worth the cost when compared to alternatives.

This question is part of a bigger question: How can we determine what is the most cost-effective way to reduce power outages and strengthen the grid? It turns out that the measures to make the utilities accountable for poor service can also help with this question. 5 Lakes Energy Managing Partner (and consultant for CUB) Douglas Jester explained how at Day 2 of the Michigan Public Service Commission’s “Technical Conference on Emergency Preparedness, Distribution Reliability, and Storm Response” (read our blog post about day 1 here).

A little background for context: CUB of Michigan has been advocating for a reform to the way investor-owned utilities issue bill credits to customers to give them partial relief for long power outages. One of the most significant proposals is that customers should receive a bill credit for each hour the power is out (for example, if the credit was $2 and power was out for 10 hours, the total refund would be $20), as opposed to the status quo in which the credit is a flat $25 (the Commission has proposed raising this to $35 in a rulemaking procedure).

In addition, right now utilities can recover the costs of any bill credits it issues—meaning a utility can raise customer rates so it incurs no financial losses from the credits it pays out to customers. CUB wants that to change so cost recovery is “denied for bill credits that are generated by an outage level worse than national average reliability metrics,” as we described in our 2020 report.

That might sound like a complicated idea, but it really isn’t. Take a commonly-used metric for electric reliability, such as the System Average Duration Interruption Index (SAIDI), which gives the average outage duration in minutes for each customer served per year. The utility would only be able to recover bill credits for outages up to the average level of SAIDI for all utilities. So, for example, if the national average SAIDI score is 150 minutes, and a Michigan utility’s SAIDI is 200 minutes. If the utility paid out $200 in bill credits, it would only be able to recover $150 of that total. The utility would have to write off the $50 deficit, and the utility’s desire to not lose money is the motivator for it to improve reliability up to at least the average level.

Ok, now that we have explained the idea, here is how it relates back to burying power lines and, more generally, determining the cost-effectiveness of ways to improve reliability.

As Jester, who helped CUB develop this proposal, described in his presentation at the technical conference, limiting the cost recovery of bill credits with the method described above essentially builds cost-effectiveness into the utility’s practices. If the utility’s attempts to improve reliability are working, then the length of outages should be dropping. That means the utility also has fewer bill credits to pay out. We can compare the cost of those foregone bill credits to the cost of what the utility is spending, and decide if it was worth it.

Watch the video of the technical conference here, and view the agenda here for the list of presenters and speakers.