Posted by Citizens Utility Board of Michigan 0sc on January 06, 2023 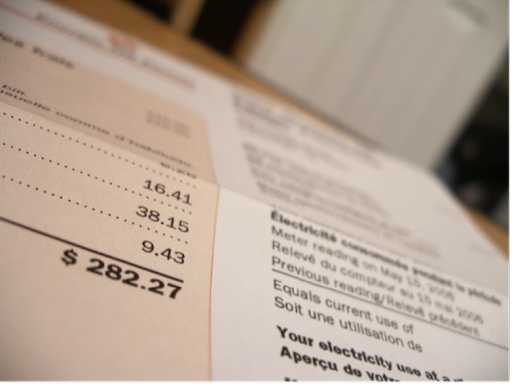 Good news for Michigan utility customers! In a November post we explained the eyebrow-raising proposal from DTE to sell customers on a program where they could prepay a fixed amount for their electricity service, but be suddenly disconnected from service if the prepaid amount ran out. At its last meeting of 2022, on Dec. 21, the Michigan Public Service Commission (MPSC) denied DTE’s proposed program and also refused DTE’s request to waive several important consumer protection rules that would have stood in the way of the program.

In its order, the MPSC agreed with the arguments submitted by CUB, the Michigan Attorney General and other groups that the prepay program would likely increase costs for customers, particularly low-income customers, and lead to “self-deprivation” (in which customers deprive themselves of energy to keep costs down and avoid losing service) and that DTE failed to show that any potential benefits of the program outweigh the potential harm.

“The structure and costs associated with this program were a bad deal for consumers, especially lower-income customers who might have found themselves forced into the program,” AG Dana Nessel said in a news release, as reported by Mlive. “I appreciate the MPSC’s attention to the very real risks for customers in this case.”

This may not be the end for DTE’s prepay idea, unfortunately. The MPSC’s order states “that a prepay program could provide beneficial innovations for managing energy costs and consumption for certain customers if properly designed and vetted,” and says that DTE may refile its plan if it provides more evidence for how consumers would be protected. We are skeptical as to what these “beneficial innovations” could be and why they would need a prepay program to be achieved. The supposed benefits that DTE pointed to in the application, like more sophisticated options for a customer to analyze his or her energy use data, do not require a prepay program to be offered to customers at all.

The MPSC said in its order that it “encourages DTE Electric to work with the intervenors and the Staff on developing the Prepay pilot to address customer protection concerns,” so CUB will listen to any future proposals from DTE and scrutinize them as we have done so far. But we are skeptical that this will be a fruitful exercise.

Other groups participated in this case and helped lead to the result. We thank Soulardarity, the Environmental Law and Policy Center, the Ecology Center, Vote Solar, the Great Lakes Renewable Energy Association, the Union of Concerned Scientists, the Sierra Club and the Natural Resources Defense Council for their efforts.