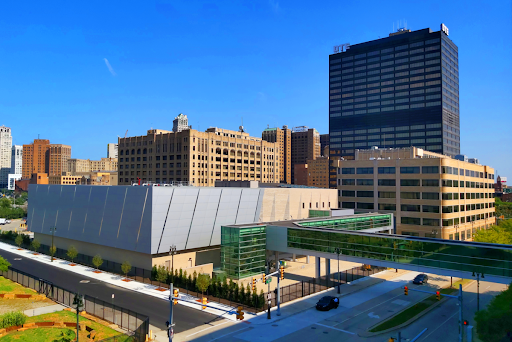 The Citizens Utility Board (CUB) of Michigan applauds Michigan regulators for its order on Nov. 18 that stands up for residential ratepayers by cutting DTE Electric’s most recent rate increase by over 90% compared to what the utility originally requested.

Earlier this year, DTE filed a rate case with the Michigan Public Service Commission (MPSC) asking for an additional $388 million in revenue, which would have translated to an 8.8% increase in the rates paid by residential customers. The request was later revised down slightly to about $367 million, but would still have represented another entry in a series of rate hikes over the past few years that pushed a greater and greater burden of the utility’s costs onto customers, and, in particular, residential customers, compared to commercial and industrial classes.

In today’s order, however, the MPSC approved a mere $30.56 million revenue requirement, increasing residential bills by less than 1%. This decision follows months-long efforts by CUB of Michigan, along with Attorney General Dana Nessel and other groups, presenting evidence and expert testimony to the MPSC showing that DTE had failed to justify the costs it wanted to pass onto customers as reasonable or prudent.

“DTE has been asking its customers to pay more and more for deteriorating and outage-prone electric service,” CUB of Michigan Executive Director Amy Bandyk said. “The MPSC agreed with CUB, the AG and others that, in many instances, DTE failed to do its homework and prove that its spending requests were in the best interests of ratepayers. We look forward to working with the commissioners and the utility on future cases that will determine cost-effective and fair ways to improve reliability.”

CUB’s testimony explained that DTE had proposed capital-intensive measures to replace grid equipment but did not show that these “gold-plated” investments provided the best value for ratepayers when compared to less expensive but more effective approaches toward improving reliability, like smarter tree trimming schedules. Read this blog post for more background.

CUB of Michigan is a nonpartisan, nonprofit residential utility ratepayer advocate. We act as a watchdog for Michigan utility consumers through work such as our annual Utility Performance Report, which analyzes federal data to show how Michigan utilities compare to their peers on reliability and affordability of service.