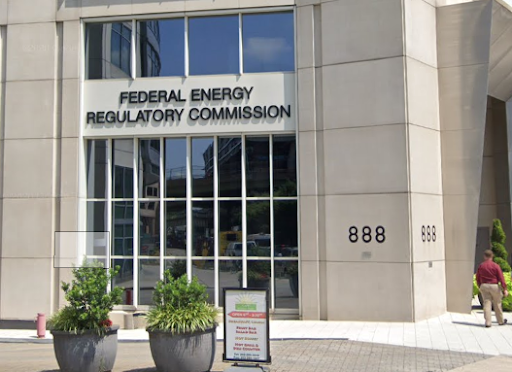 When you pay your utility bills, you pay for the energy that goes into your home and the infrastructure that carries it there. But many people do not know that your bill payments also may help fund political stances supported by your utility, either directly or indirectly through trade associations.

CUB of Michigan has teamed up with Michigan Attorney General Dana Nessel to shed light on this complicated but important topic by submitting comments in response to a notice of inquiry issued by the Federal Energy Regulatory Commission (FERC).

“Ratepayers across the country may be bearing hundreds of millions of dollars in higher rates in any given year to pay for utilities to support causes and influence policy issues that are not related to the provision of utility service and, in many cases, may be contrary to ratepayers’ interests,” our comments said.

Some background: FERC has authority over accounting standards for utilities it regulates (which includes any utility engaged in wholesale markets) and these standards help determine which utility expenses are “recoverable” or not. “Recoverable” costs are those that by default are included in the costs that utilities charge ratepayers for by increasing rates.

The problem is that utilities like DTE tend to nonsensically classify many expenses that are clearly meant to influence public opinion as “operating. As a result, those expenses get charged straight to ratepayers. While dues to general business trade associations like regional Chambers of Commerce and donations to political nonprofits are generally reported as nonoperating, DTE charged its ratepayers $80 million in expenses from dues to associations from 2013 to 2018, out of $84 million in total corporate association membership expenses. And that is just what we know about from documents obtained by the Association for Businesses Advocating Tariff Equity (ABATE) during a 2019 proceeding.

The associations for which DTE considers its dues to be “operating” costs tend to be associations engaged with the energy industry, like the Edison Electric Institute (EEI), the American Coal Ash Association and the Nuclear Energy Institute. But the standard for whether an expense is operating is not that they need to be merely associated with the realm of energy, but that they “pertain solely to supplying a regulated utility service,” to again quote FERC’s rules.

Meanwhile, the organizations that DTE considers to be non-political nevertheless spend a great portion of their resources on political causes and efforts to influence public opinion. Our comments list a few examples:

Another distressing example comes from our neighbors to the south. One of the biggest energy scandals in recent memory is the debacle over FirstEnergy Corp. in Ohio and the blatant corruption revealed there. To quickly recap, FirstEnergy charged customers for lobbying expenses and support for shell organizations that were later found to be unduly influencing state legislators to support the controversial HB 6 law, which happened to subsidize power plants owned by FirstEnergy. This scandal is “an example of how a utility increasingly included expenses associated with industry association dues, political lobbying and advertising activities and other civic and social activities in accounts that are included in consumer rates. This is despite the fact that the cost of these activities provided no direct or primary benefit to consumers,” comments filed with FERC by the Ohio Consumers’ Counsel argued.

Both CUB’s and the Ohio consumer watchdog’s comments urged FERC to require more transparency from utilities in classifying these expenses and put the burden on the utilities to show that any expense it wants to charge to ratepayers is clearly an operating cost. “To protect consumers FERC should require increased transparency by requiring the utilities to disclose the true nature and purpose of the expenses, which otherwise could be bundled with a myriad of other miscellaneous expenses in nondescriptive cost categories,” the Ohio Consumers’ Counsel’s comments said.

Check out our full comments here. To see all of the comments submitted in response to FERC’s inquiry, search FERC’s eLibrary for Docket RM22-5-000.